Motorola launched its second foldable Razr phone recently, and this one is available unlocked rather than only on Verizon. If you decide to head over to the Amazon listing to pick up Moto’s little flippy boy, you might notice a strange warning. The phone’s “open” shipping configuration can potentially lead to damage during transit, so Amazon is opening all the boxes to flip the phone closed. In the process, Amazon workers might get fingerprints all over your “new” phone.

NOTE: originally, RAZR was meant to be shipped in the unfolded position. However, to better protect the display, we have folded your RAZR – it’s safer but may not look as elegant as we hoped. We apologize if you see fingerprints on your device. We assure you your RAZR is brand new.

Like all foldable phones, the screen on the Razr is its most vulnerable component. Even Samsung’s foldable with the “ultra-thin glass” can scratch easily thanks to the plastic top layer. This is just the reality of foldable phones right now. It’s strange, then, that Motorola would design a box that left the display so exposed. Admittedly, the box does look cool (see below), but that big, plastic screen is just begging for dents and scratches. 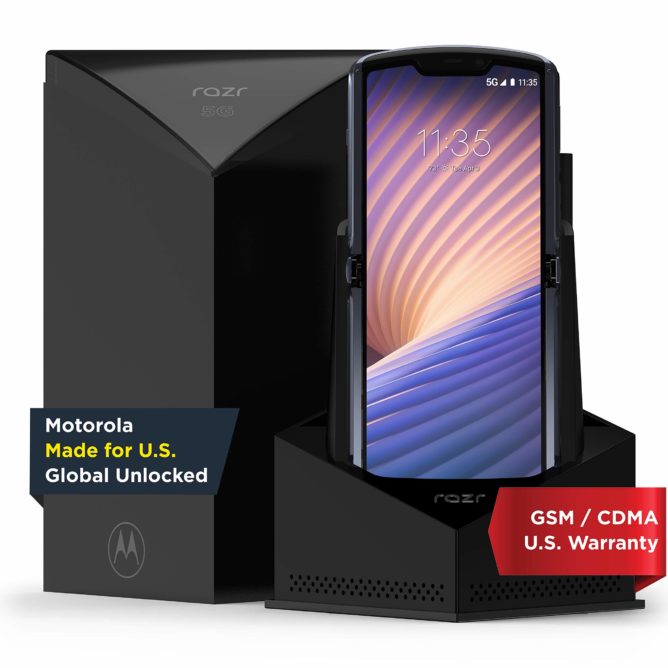 We don’t know how Amazon is contorting Razrs to fit them into the box, but I’d wager they’re just folding the phone and wedging it into the slot, even if that deforms the box a little. It’s also unclear if phones purchased from Motorola are getting a similar treatment. But wait, there’s yet another unknown here: are unfolded Razrs being regularly damaged in shipping, or is Amazon being paranoid? We’ve reached out to Motorola to get the skinny on all this and will update if we hear back. In the meantime, maybe Amazon should start issuing gloves to its phone flippers.